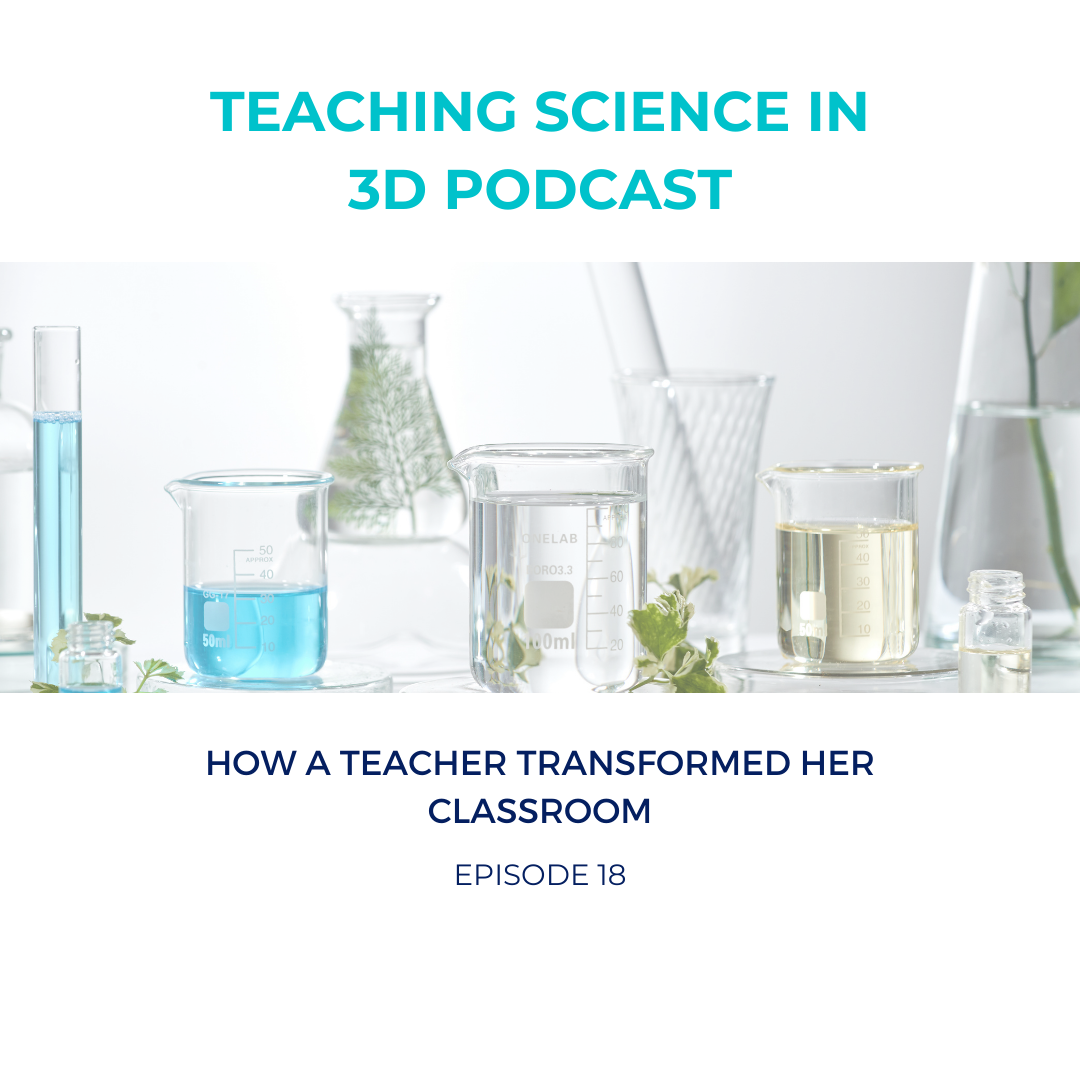 In this episode, Nicole talks with high school science teacher Mariah Ramos about her experience as she transitioned to the NGSS and transformed her classroom. They discuss impacts on student learning, the challenges she faced, how she overcame them, and the reality that transitioning to the NGSS is a journey.  They also spend some time discussing how Mariah might outline her next NGSS unit — a process you may want to dive into yourself.

Mariah learned about the standards while in her teacher preparation program. However, when she started student teaching, there wasn't much discussion about the NGSS.

But, when she got her own classroom, she knew she wanted to use a discovery-based approach. Still, in her first two years in the classroom, she found herself lecturing more than she would have liked.

Getting Ready to Make the Shift

Then, at the end of her second year of teaching, Mariah attended the Earth Educators Rendezvous. It was an amazing experience for her. And, there was a lot of buzz about the NGSS at the conference.

Around the same time, her district adopted a new curriculum. She noticed that the curriculum didn't come with presentations which she would normally use to teach with. She wasn't sure how to teach without it.

But, the conference inspired her to start to make the shift. That's when Mariah reached out to Nicole and asked for help in the transition.

From a DCI Focus to a 3D Approach

Like most teachers, Mariah started with the Disciplinary Core Ideas. This component of the standards was most familiar to her. However, while working with Nicole, she learned about the 3-Dimensional nature of the standards.

Cutting Down on the “Extra Content” in Favor of Critical Thinking

While making this transition, Mariah learned there was extra content that she could cut out of her units. If the content didn't apply to the context that she was using to teach her students, she learned she could let it go.

The NGSS cuts down on the number of facts that students need to know. Instead, the standards focus on the big concepts that students really need to know in order to understand phenomena. Therefore, it's easier to make this content relevant to students.

Mariah discovered that as she moved her class away from the memorization of facts, she also made her content less searchable. This meant that students couldn't just search for answers on the internet. Instead, they had to use critical thinking skills.

Working on Storylines and Anchoring Phenomena

Mariah's delivery has improved significantly. She feels confident using student discovery in her classroom. Now, she is in the process of developing storylines and finding anchoring phenomena.

She plans to increase student engagement by using anchoring phenomena to drive her lessons.

Mariah has been working on her unit on rivers. In the past, it was a short unit that included weathering, erosion, rivers, and floodplains. Here are the main performance expectations that she is addressing in this unit.

Mariah decided to add a project-based element to the unit. Students use 3D printers to design and create flood-proof homes. Still, she is interested in adding additional components to the unit to make it a more rich learning experience.

For example, she wants students to explore flood prevention measures. Also, she is interested in tying in information about waterborne pathogens. In addition, she would like to tie the unit to local phenomena and endangered species in her area. She hopes this will make the content relevant to her students.

However, she doesn't have a strong anchor to tie the unit together.

Mariah asks Nicole for help finding an anchor. Nicole reminds Mariah that an anchoring phenonemenon must be specific, yet broad enough to lead to many student questions.

The two decide that it make sense to tie the unit to recent flooding that occured in Nebraska. The flooding caused large amounts of damage in the area. This will serve at the base for the phenomenon for the unit.

One of the benefits of this phenomenon is that it is local to Mariah's students. Though the flooding did not affect them directly, it occurred close to them. In fact, many of her students participated in a fundraiser for the victims of the flood.

However, more information is needed to make it a sufficient anchor. Therefore, Nicole suggests doing internet research to find out more about the topic you are interested in using as your anchor. Then, you'll begin to see more potential content connections.

Mariah notes that the changes in her classroom have been significant. She recalls as story in which one of her students, who was previously disengaged, began to make connections.

Also, she realized that students were able to make connections more quickly than expected. And, some students made connections that she hadn't seen herself.

In addition, she realized that her old teaching-as-telling methods weren't actually working as well as she thought they were. For example, she recalls teaching the layers of the Earth. Students memorized the layers, but didn't actually understand the significance. But, then she shifted to a discovery-based approach. This time, students could still name the layers. But also, they were able to explain the density of the different layers, convection currents and more.

If you enjoyed this episode….

In this episode, Mariah and Nicole discussed the shift from a “teaching-as-telling” model of learning to a student-driven, discovery-based learning environment. If you are intersted in implementing this type of model in your classroom, these episodes will help you get there. 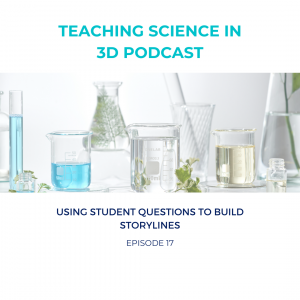 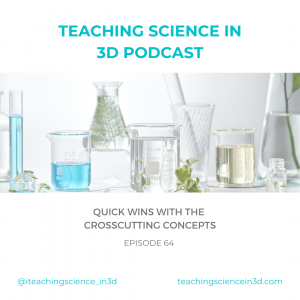 64 Quick Wins with the Crosscutting Concepts 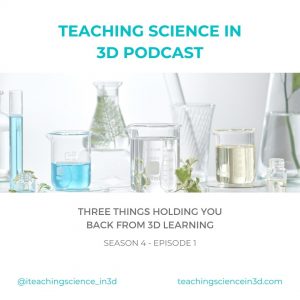 55: 3 Things Holding You Back from 3D Learning