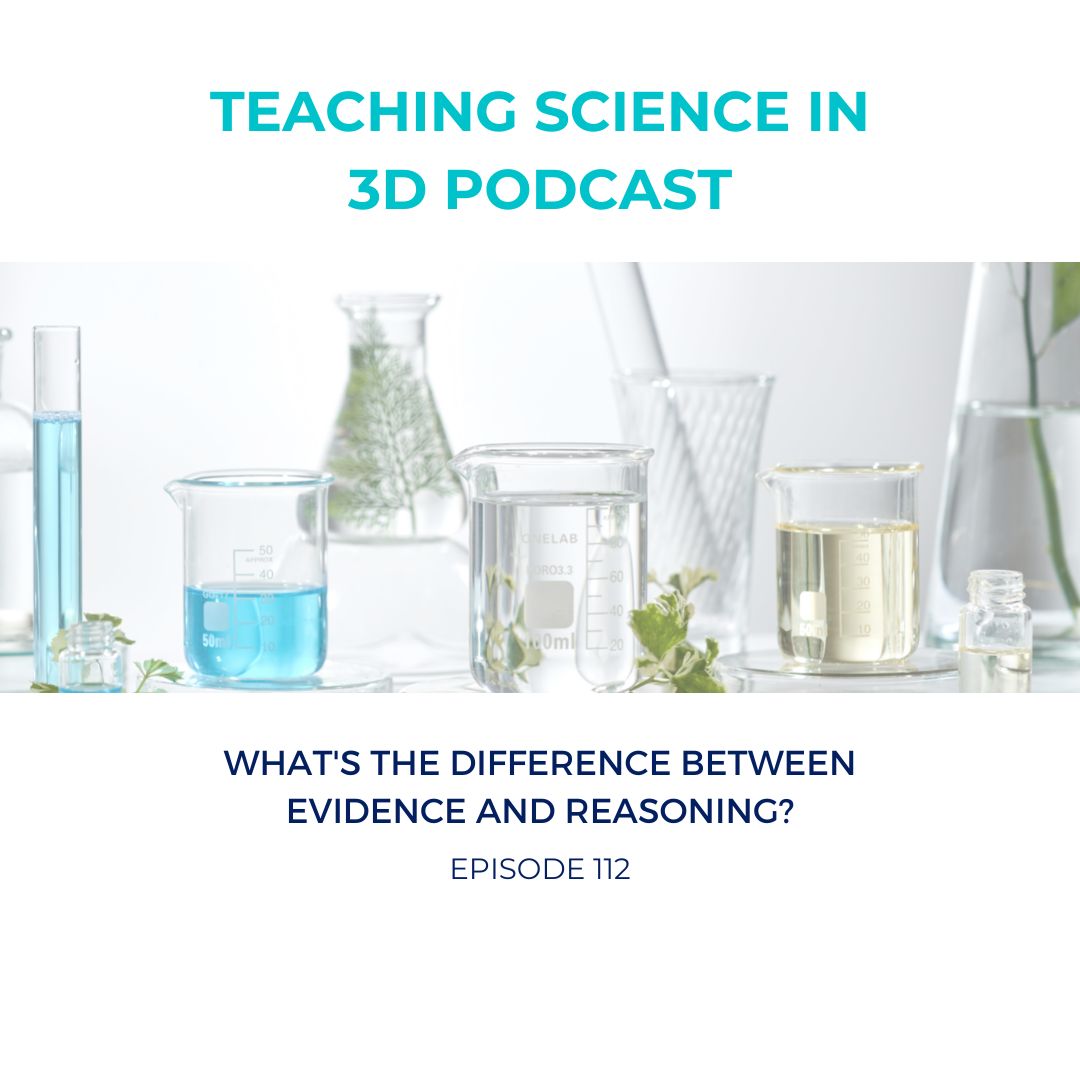 The CER is a framework that was created to help students with the practice of engaging in an argument using evidence. It helps them understand the difference between parts of an argument. However, it is often confusing for them to distinguish between evidence and reasoning.

We received this question from Ben in Michigan. “The difference between evidence and reasoning gets very blurry. I don't understand the difference.” Don't worry Ben! We are here to help.

In this episode, Erin explains the difference and gives you tips for using the CER Framework in your classroom.

One of the reasons that students struggle with the difference is because both the evidence and reasoning are part of the justification. The justification in an argument supports the claim. In other words, it states why the claim is correct.

For many people, these pieces are totally intertwined. It's difficult to separate these pieces because they are so closely related.

What I See, What it Means

When Erin teaches her students, she uses the phrases “what I see” and “what it means” to distinguish between the two.

Originally, she used this phrasing for the practice of Analyzing and Interpreting Data. She used Nicole VanTassel's FREE resource on her Teacher's Pay Teachers page. In this resource, she teaches students to write what they see in the data. Then, they write corresponding information for what the data means.

This strategy worked well for Erin's students. So, she adapted it for writing CER paragraphs.

Evidence – What I See

Erin teaches her students that the evidence piece is the data. This is quantitative or qualitative data that they observe through investigation, watching a demo, or just analyzing and interpreting data.

Often, students will also provide an explanation. At this point, she stops the students and asks them to just tell her what they see.

Reasoning – What It Means

After students identify the data, Erin asks them what the data means. Then, she explains that this is the reasoning piece.

Common Problems with Evidence and Reasoning

Usually, students don't struggle with developing a claim. However, they struggle with the difference between evidence and reasoning. Here are some common problems and ways to solve these problems.

Combining the Evidence and Reasoning

Students usually combine the evidence and reasoning often. When this happens, Erin refers back to the prompt “What do you see and what does it mean”.

When students write, she has them highlight the claim and evidence in different colors. This has two benefits. First, it prompts students to write the evidence and reasoning as separate pieces. Next, if students are struggling with this piece, requiring that they highlight provides you with insight into what they don't understand. Then, you are able to provide more targeted feedback.

Thinking the Reasoning is Implied

Erin noticed that many students leave the reasoning out. After talking to them, she realized that they believe the reasoning is implied. For example, a student observes the increased movement of food coloring in beakers when the water is warmer. Students cite evidence about the temperature of the water in each beaker. Here is an example of what this looks like.

In this case, the reasoning is missing. Some students believe that the final sentence is reasoning. However, this is evidence. We know it is evidence because it is a direct observation. Reasoning requires interpretation.

Here is an example of reasoning in this instance:

It's missing because it seems obvious.

In this case, the reasoning feels redundant to the student. They believe they have already provided a justification without the reasoning. However, there hasn't been any analysis of the data.

This data is so easy to interpret, that they don't feel the need to explain it. Still, it's best to have them include separate evidence and reasoning until they understand the difference.

When Ben submitted his question, he provided this example:

“I observed salt become invisible more quickly in warm water. I observe the warmth and the disappearance. I infer that it dissolved. Next, I graph my data points. Finally, I claim that solutes dissolve faster in warm water. In this example, what's the evidence? “

In Ben's example, he infers that the salt dissolves. However, he doesn't have evidence to support this. In this case, he could find the mass of the solute and solvent together before and after they are mixed. This would show that the salt didn't go somewhere else. It's still in the beaker even though it isn't visible.

In this case, the observations, including the masses, are evidence. The inference that it dissolved is the reasoning component.

Suggestion 2: Focusing on Claims and Evidence – Forget the Reasoning

Ben admits that, since he wasn't sure, he focused on supporting claims with evidence. Is this okay? Absolutely!

In the example above, I had to change the data that students gathered in order to come up with a way to make sure they had evidence and reasoning. This won't always be possible in your classroom. In this case, it's totally acceptable to focus on the first two parts of the CER.

In fact, this is a great way to scaffold your CER. If you look at the progression for Argumentation in the NSTA Matrix, this is what we focus on in the 3rd through the 5th-grade band. The reasoning isn't introduced until middle or high school.

Using earlier grade bands to scaffold the practices is a great way to introduce practices to your students.

One of the reasons that teachers have trouble with teaching CER is because there is no argument involved. There is really only one explanation for data. If there is no alternate explanation to dispel, it's often difficult to have in-depth reasoning.

Erin uses the CAST item specifications to find student misconceptions that go with the things she is teaching. This is a great way to set up an investigation where students need to decide between multiple potential explanations.

Erin outlines other strategies in episode 78. She provides other ideas for improving student arguments. You can also read Erin's blog post about how she uses argumentation in her classroom. 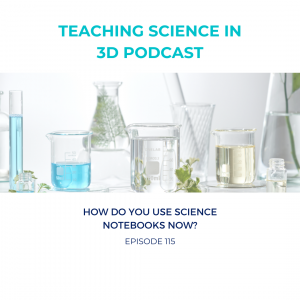 115 How Do You Use Science Notebooks Now? 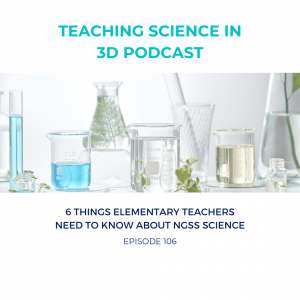 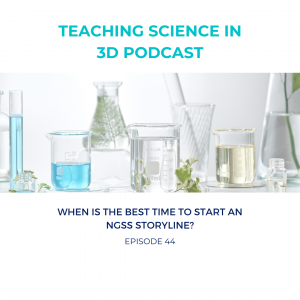