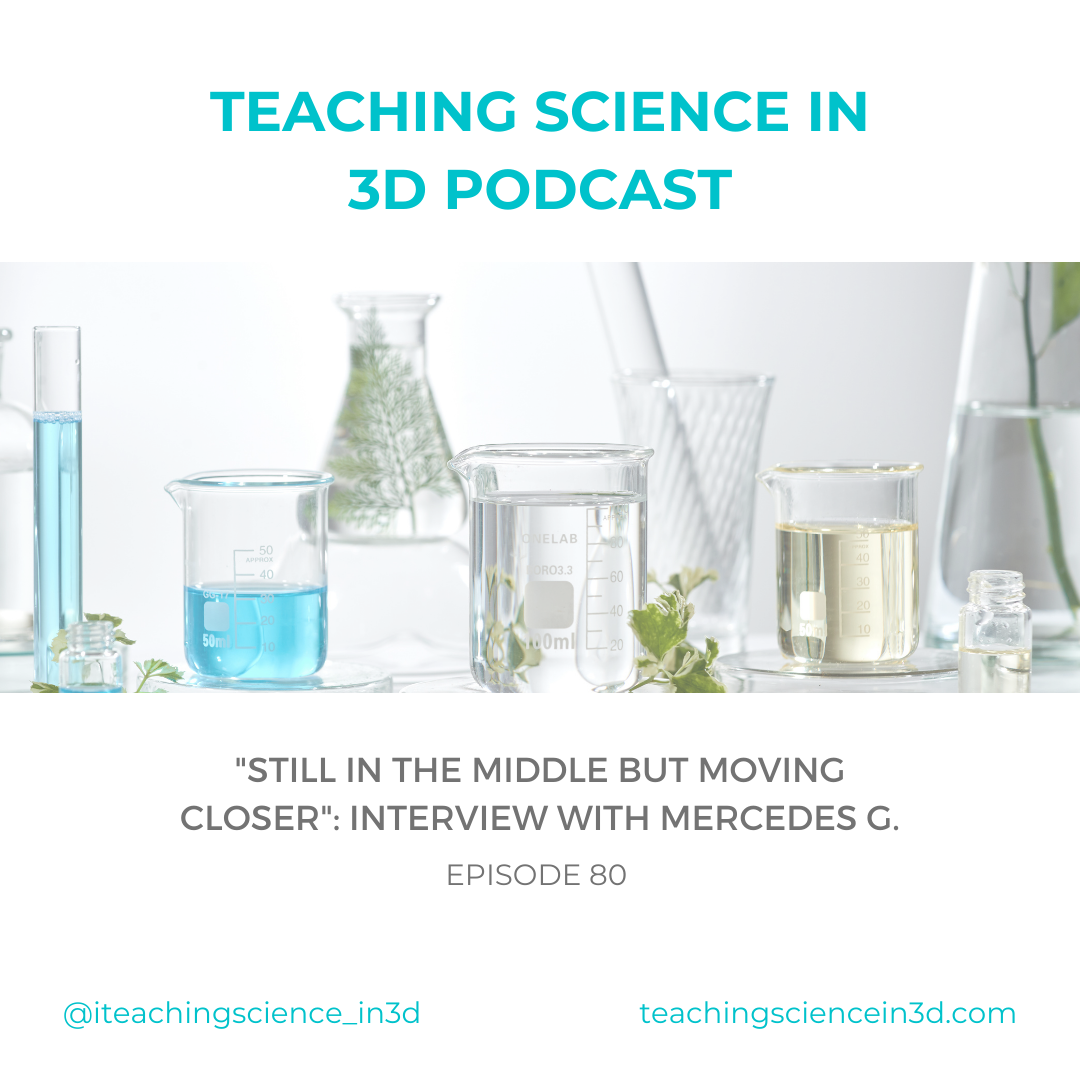 The 2020-2021 academic year hasn’t been easy. But, for some teachers, it hasn’t been without success either. Meet Mercedes Gauthier, a middle school science teacher. In this episode, Mercedes discusses her experience with 3D learning in the science classroom.

This candid conversation is both a celebration of what is possible and a reflection on where there’s still space to improve (because we ALL have space to improve). Mercedes’ natural inclination toward engagement, discussion, and empowering student ownership gave her a jumpstart in implementing three-dimensional, student-owned science. But, her reflective nature is truly what is making her the amazing teacher she is. It’s allowed her to identify her “next steps” to take her teaching, and her students’ learning, even further.

Mercedes began exploring how to use three-dimensional teaching in her middle school science classroom just a few years ago. This year, she taught at a new school and faced the added challenge of teaching during the pandemic.

Mercedes started her career and followed the textbook that she was provided with. “That's what we did. That's what I knew. And, that's how I was taught.”

However, she soon realized that this strategy didn't fit her personality. “I kind of wanted to step out of that and sort of be that Ms. Frizzle. That crazy science teacher who took chances and did all of this stuff and engaged her kids.”

She started by dressing up in outfits to match the theme of her lesson. This increased the engagement in her classroom, but she wanted to do more.

When she talks about her ability with NGSS she says, “I think I’m still in the middle, but I’m moving closer… it is that spectrum.”

“If they were wrong it was ‘Who agrees with them? Does anyone disagree? Why do you disagree? What are your thoughts?”

Mercedes admits that she struggled with giving up some of the control in the classroom. For example, her classes often ended in a different place. Also, when she allowed her student's questions to guide her instruction, this increased the differences in her classroom.

However, when she started using phenomena in her classroom, she discovered it helped keep her classes together. By using phenomena to drive the learning, her lessons were more focused but still driven by the students.

Like many teachers, she struggled with not giving her students the answers. Sometimes, they were off track. She wanted to give them the answers, but knew it was better to allow them to figure it out for themselves. Still, watching your students struggle is never easy. So, it is something she is still working on.

Mercedes chose to structure her climate unit around the winter storm that happened in Texas this winter. Mercedes was surprised by the level of questions that her students asked and their engagement with the phenomenon. “Some of the questions they asked were just amazing!” She attributed the success of the phenomenon to its relevance because its was in the news.

Mercedes was also able to use an existing lab and revamp it to meet the intent of the NGSS. She describes the “rainbow lab” which uses water with different salinity marked by different colors. When the water is combined it forms a rainbow because of the different density. She saw the lab on Pinterest and it looked relevant to her content. However, it required that students follow the instructions step by step.

Instead, she mixed the colors so that the salinity could not be predicted by the color. Then, she asked students to combine water so that layers would form. She explained that there were different amounts of salt in each. Students worked together to solve the problem.

Essentially, by removing the instructions, she was able to make the activity more discovery-based.

Advice for Teachers Who Are New to NGSS

Mercedes encourage teachers to “just try it”. She says it's okay to take chances in the classroom.

Also, she says that it is important to “be real” with the kids. Often, she told her students that she didn't know if something would work. By doing this, she demonstrated to her students that it's okay when things don't go well.

Here are a few more episodes to help you with the concepts. 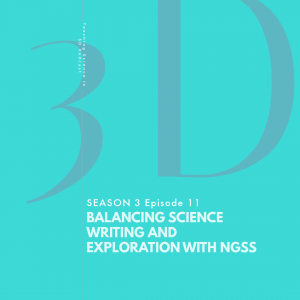 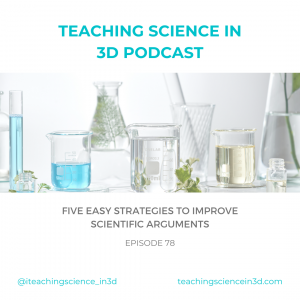 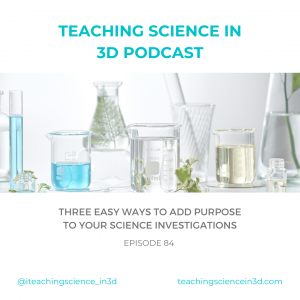 84- 3 Easy Ways to Add Purpose To Your Science Investigations