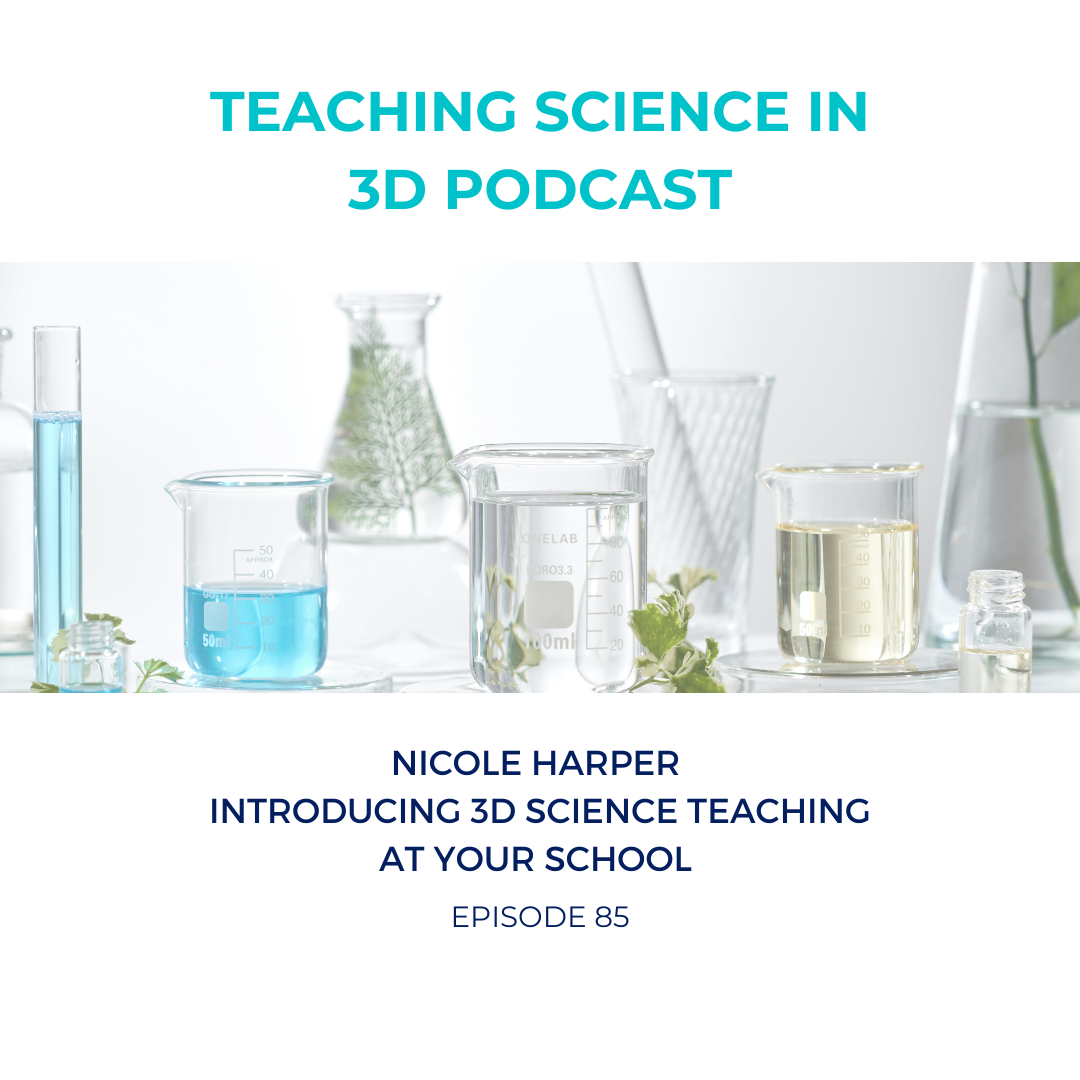 Making the shift to discovery-based learning can be lonely, especially when your colleagues aren't on board. In this episode, Nicole Harper explains how she introduced 3D Science Teaching at her school and got other stakeholders on board.

About Nicole Harper and 3D Teaching

Nicole Harper is a high school biology teacher in rural Missouri. She's been teaching science for 24 years. Because she is in a rural area, she teaches many different courses at her school. She has three children of her own and her husband is the principal at her school.

Before NGSS was adopted, Nicole Harper taught in a traditional manner. “I front-loaded vocabulary. I did my lectures and did my lab, did the assessment, and then moved onto the next chapter.” Like many teachers, she taught the way that she'd learned in her own science classes.

Her state didn't fully adopt the NGSS. So, Nicole didn't know what path they were going to take. Then, she was able to work on a committee that helped adapt and modify the standards for her own state. At that time, she started to rethink her traditional teaching strategies.

Creating Buy-In for 3D Science Teaching: The Hardest Part of the Transition

According to Nicole Harper, getting others on board was the hardest part of her journey. She knew she needed to adapt her own teaching style. But, she knew that she needed to get her students, parents, colleagues, and administration on board in order to be truly successful.

Getting Colleagues on Board

Like many teachers, Nicole Harper got pushed back by her colleagues when she started using discovery-based learning in her classroom. Also, there is very little time for teachers to collaborate in her district. So, she focused on working with the colleague who was most likely to make the change first.

From there, she worked on getting her administrators on board. After discussing the instructional shifts with her administrative team, Nicole was able to get their approval.

Nicole recognized that many of her peers were attached to the old standards. And, even new teachers weren't getting information about the instructional shifts that came from the NGSS in her program. She acknowledged that there were comfortable with the old methods of teaching. So, these new methods felt very risky.

She utilized the contacts that she'd made working at the state level on the standards by gathering resources for her peers. However, she realized that they didn't have time to review all of the resources that she provided. So, she changed her approach.

She began talking about what she was doing in her classroom and the positive impact it had on her students. That's when her colleagues became curious and started asking her questions.

Including Elementary and Middle School Science

Nicole also noticed that ELA and math were heavily emphasized at the elementary level. But, elementary students didn't have much access to science. And, what they did have access to wasn't NGSS aligned.

Nicole helped the local elementary schools start using Mystery Science. They found the program to be low prep and easy to use. So, that helped the elementary teachers incorporate more science into their instruction.

Communicating with Students (and parents)

Nicole started her school year by explaining that the students would experience science in a whole new way. Also, she explained that she created a culture in her classroom where it is okay to be wrong. “Just take a risk. It's okay to be wrong. We are going to go through it and figure out why we are wrong.” This support encouraged them to be open to the new way of teaching.

However, she admits it took her students about a quarter to fully get on board with the methods in her class. But after that initial period she says “its going like wildfire”.

Also, it was important for her to get parents on board. She recommends sending out a letter at the beginning of the year explaining how the class will be different from what parents likely experienced in their own education. Finally, she recommends providing rationale so that students understand why the change is taking place. 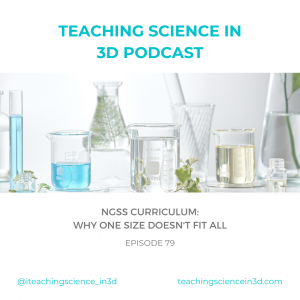 79 -NGSS Curriculum: Why One Size Doesn’t Fit All 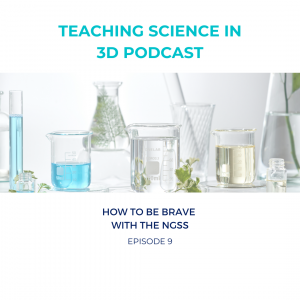 9- How to Be Brave with the NGSS 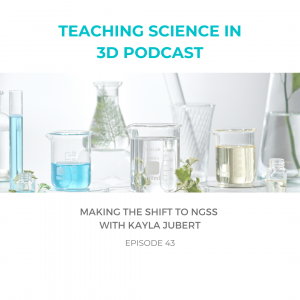 43- Kayla Jubert: Making the Shift to NGSS in the Classroom